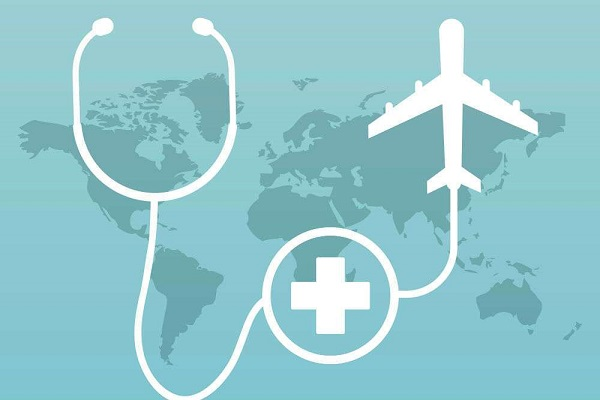 Medical tourism refers to cross-border movement of people to receive medical, dental or surgical care, driven by affordability, accessibility or better quality of care than is available in the home country or region. It represents a growing market that connects the healthcare, tourism and hospitality industries.

The global medical tourism market is estimated at US$38.5-55.0 billion based on estimated 11 million cross-border patients and per capita expenditure of US$3500-5000 per visit in 2014. The industry is estimated to grow at 15-25% per annum, faster than any individual economy around the world. The growth of the industry is driven by advances in information-communications technology, decreasing cost of international travels, changes in transnational disease patterns, and asymmetries healthcare industry developments around the world.

Although the industry had existed since ancient times, when ancient Greeks and Egyptians went in search of health-enhancing hot springs and baths, its growth became noticeable in the 18th and 19th centuries when middle-class Europeans and Americans flocked to health spas and sanitariums even in remote places in the hope of finding treatment for diseases such as tuberculosis, gout, bronchitis or liver diseases.

Medical tourism is driven by a combination of push and pull factors. Patients in advanced countries such as the United Kingdom and Canada where universal health coverage (or socialized medicine) results in long waiting times for treatment often seek treatment in countries where they would not have to wait; high costs of healthcare in the United States induce patients to seek treatment in countries such as Mexico and India where prices are affordable; immigrants travel back to their home countries to receive care in health systems they are familiar with; expatriates return to countries in which they once lived and arrange care in facilities offering what they regard as high-quality, comparatively low-cost and consumer-oriented treatment; patients in need of medical interventions not approved in home countries (for example stem cell injections of unknown therapeutic effect and risk) travel to countries including China, India and Ukraine where such restrictions are less binding; and others travel overseas for procedures that are illegal in their home countries (for example commercial kidney transplant) to destinations where they are not challenged by laws.

Current top global destinations for medical tourism are Costa Rica, India, Israel, Malaysia, Mexico, Singapore, South Korea, Taiwan, Thailand, Turkey and the United States. In the African region, South Africa and Tunisia are listed as the leading earners from medical tourism. Tourists are attraction to these destinations primarily by advances in healthcare and reputation for clinical excellence, political transparency and commitment to international standards, and the state of tourism infrastructure. Being the primary source of attraction, advances in healthcare are driven by innovations, clinical quality assurance, and improvements in health infrastructure. Both government and private sector investments are critical to these advances.

Demographics play an overwhelming role in growth and development of medical tourism from both supply and demand sides. The population of top medical tourism destinations are dominated by early-to-mid adults; population age (median years) range between 27 in India and 40 in South Korea.[i] In addition, the top specialties for medical tourism are associated with health consumption of mid-to-late adults.

Countries with young populations are less likely to have the resources and pressure to develop the kind of health system that is required for the industry; infectious diseases are prominent and are the central emphasis of the health system and health investments in those countries. Similarly, countries with aging populations are less likely to find the space and resources to undertake the essential investments; they are saddled with chronic and degenerative diseases that require the most expensive types of treatment and prolonged care which constitute substantial drains on public investments in needed infrastructure.

Countries in intermediate but advanced stages of the demographic transition are endowed with dominantly middle-age adult population and have the greatest potentials for medical care exports. While health needs and demands of the population generates the pressure needed to innovate and develop healthcare services at home, their consumption of those services creates the incentives for further innovation and development-focused investments. If the conditions are right, a country with such endowment could generate substantial life cycle savings driven by labor income that could fund substantial investments in infrastructure, while taxation income could support research and innovation. Demographics also play an important role in shaping governance and private sector development. Demand for democratic governance and pressure on governance systems for transparency are significantly strengthened by an energetic adult population. Private sector development is driven by entrepreneurship and innovation that are associated mostly with vibrant early-to-mid adult population.

It is estimated that 30,000 Nigerians travel abroad every year for medical care and spend about $1billion in the process, and about a quarter of the sum was spent in India in 2012. Realization of the potential benefits to the economy if such expenditures are retained locally has prompted several reactions including calls for restriction of government sponsorship of public officials and channeling of more resources toward the health sector. The private sector health alliance has recently launched a new initiatives to address management capacity gaps in the health sector in order to stem the tide of these imports. While these initiatives are helpful, it is unclear that they can make substantial impacts on the health system in the absence of a coordinated effort to take a wholesome look at the health sector.

Nigeria is a young country with median population age of 18.2 years. Communicable diseases accounted for 66 percent of deaths in 2014 with non-communicable diseases and injuries making up 24 percent and 10 percent respectively. Thus the epidemiological profile is dominantly infectious, and efforts and resources are currently devoted to prevention and treatment of communicable diseases, among which malaria is predominant. However health service needs will shift toward treatment of non-communicable diseases as the country progresses through the demographic transition. Getting the health system ready to respond to the needs of the changing demographics requires different types of investment. The potential for Nigeria to become a medical tourism earner and reduce import of medical services depends on coordination of efforts to meet the healthcare needs emerging along the demographic transition.

Deliberate efforts, programs and policies that galvanize both private and public sector resources are needed to create a ready system. While health system infrastructure strengthening, upgrade and development are essential, research, innovations and clinical quality assurance are critical for advancement of the health system and development of medical tourism. Central to these outcomes is a culture of knowledge development through data collection, management, analysis and interpretation, and engagement of decision makers at various levels of the healthcare system, through both operational and policy levels, to use the knowledge and discoveries in making needed changes and implementing proffered solution to existing challenges. The quality of human resources for health depends on the depth of this culture; it is difficult to imagine a system of health training that is more sophisticated than the depth of knowledge generated through its healthcare system.

Nigeria is currently not positioned for medical service export neither can it restrict its import, owing to unfavorable demographics, weak infrastructure, lack of innovation and a poor culture of knowledge development and management. However, demographic conditions would change in near future and present opportunities to develop the export market. The question is whether the health system will be prepared!